John Sadler was Born July 30, 1956 and is a former show horse rider who once tried out for the U.S. Olympic Equestrian Team. John walked hots for trainer Tom Pratt at Santa Anita during High School. After leaving the University of Oregon, he became a veterinary assistant to the late Dr. Jack Robbins and later served as assistant to trainer David Hofmans. John began his own career when he acquired a string of Eddie Gregson’s horses and traveled north to the Bay Area and took out his trainer’s license in 1978 and won his first race in 1979. John Sadler holds more than 12 training titles on the southern California circuit, including Oak Tree at Santa Anita Park, Santa Anita Park, Del Mar Thoroughbred Club and Hollywood Park. John is an expert trainer and horseman. 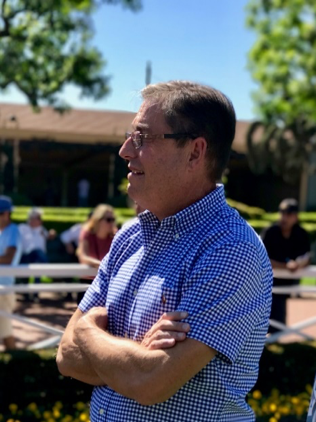